A bomb purportedly detonated by terrorists has killed and left dozens injured in Africa’s most lucrative capital.

The bomb went off few hours ago opposite Nyanya Motor Park, in Abuja, Nigeria the same site where a bomb blast killed at least 70 people two weeks.

The causality figure is still uncertain, but unconfirmed reports has it that at least nine persons may have died with over 20 injured.

The injured persons have already been taken to nearby hospitals.

It was gathered that the bomb was detonated in a car, as it happened during the April 14 bomb blast.

The Nigeria Emergency Management Authority (NEMA) officials who were at the scene have evacuated the injured persons.

A security man (Army) at the scene of the blast has alerted members of the public that there is still a bomb that is yet to be detonated.

“Let everybody move out for a buffer, this environment is not yet safe. Move while we try to diffuse the bomb. If you are not in uniform for your own safety please” , the military advised.

However, the Commandant General of the Nigerian Security and Civil Defence Corps (NSCDC), Dr. Ade Abolurin who spoke with members of the press  advised them to wait for official statement.

Abolurin said that investigation was still going on, adding that  appropriate information would  be put out in due course.

Meanwhile, the whole area has been cordoned off and there is heavy security presence who are having difficulty controlling the crowd and miscreants.

Nigeria has experienced habitual terrorist attacks from Boko Haram sect for the past 3 years and civil society groups including Civil Rights International Foundation (CRIF) have continued to condemn the incessant killing by the sect as senseless and barbaric. 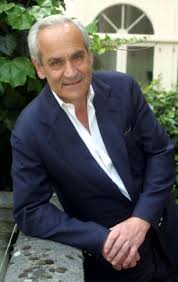