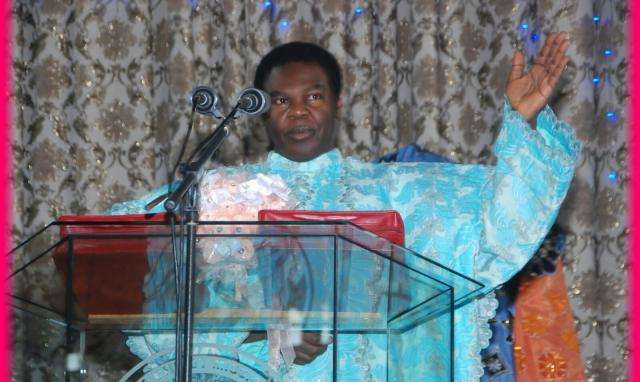 Enugu, popularly known as the coal city located in south-eastern Nigeria, was agog on the 2nd of December, 2018 amidst pomp and pageantry, when Coal City FM, Enugu played host to an array of personalities from all walks of life to honour the Founder and Leader of Living Christ Mission Worldwide, Chancellor/Proprietor, Hezekiah University, Umudi, His Grace, the Most Rev. Prof. Daddy Hezekiah (MFR, JP) as the “Pillar of Education and Chief Philanthropist of the Year”. The award was in recognition of his numerous contributions to humanity through investment in education and philanthropy.

The occasion of the 2018 Coal City FM (CCFM)  achievers awarcd/dinner provided an opportunity to eminent Nigerians including  Mr. Osita Okechukwu, the Director-General, Voice of Nigeria (VON), Ike Okere, Zonal Director of Federal Radio Corporation of Nigeria (FRCN), Enugu, several media moguls and scholars within and outside the country to extol his virtues. Many took turns to shower accolades on the revered man of God with a crystalline track record of discipline, hospitality, selflessness, charity and religious tolerance which highlights a minuscule of his admirable qualities.A probe into the meritorious nature of the award, “Pillar of Education”, deeply reveals his efforts on the sands of time in raising the standard of education in the country through the establishment of the first and only private university in Imo State, Hezekiah University, Umudi, with state of the art facilities complemented by seasoned academics to produce reputable graduates. More astonishing is the fact that the institution has the lowest tuition fees among privately owned higher institutions across the federation.

Prof. Obiekwe Nwanolue,  a scholar par excellence, who specializes in international relations, international law, nuclear politics, strategic studies and defence development represented the award recipient, described Daddy Hezekiah as a man synonymous with philanthropy. In his words, “He has endowed so many individuals, organizations, churches, institutions, countries”. He cited instances “Go to University of Nigeria, Department of Political Science, established in 1960. The first and only building there became completely dilapidated. And they were yearning for help but an uncommon succour came from his Grace, the Most Rev. Prof. Daddy Hezekiah. He is transforming the entire place now. Not only that, he put some students there and he is training them, including non-members of his church; we know about the American saga,  the 9/11/2001 saga. Daddy Hezekiah gave America the sum of 30,000 US Dollars and in the case of refugee settlement in Israel. He gave 20,000 US Dollars. To demonstrate Daddy Hezekiah’s religious tolerance and promotion of peace, he donated the highest amount in rebuilding the central mosque in Onitsha shattered by bomb blast years ago, indeed his philanthropy is indescribable. The man of God is a rare compendium of spiritual, physical, medical and psychological disposition, his laudable achievements in the service to humanity are not less intrinsically notable than the skill with which he proffers solution to engineering and constructions”.

The best of books with a complete mastery of eulogies both in style and subject-matter articulated by Nobel laureates cannot fully encompass the achievements of this great man of God.

Undoubtedly, Africa needs more of him. Hearty Congratulations to the Pillar of Education and Philanthropy!