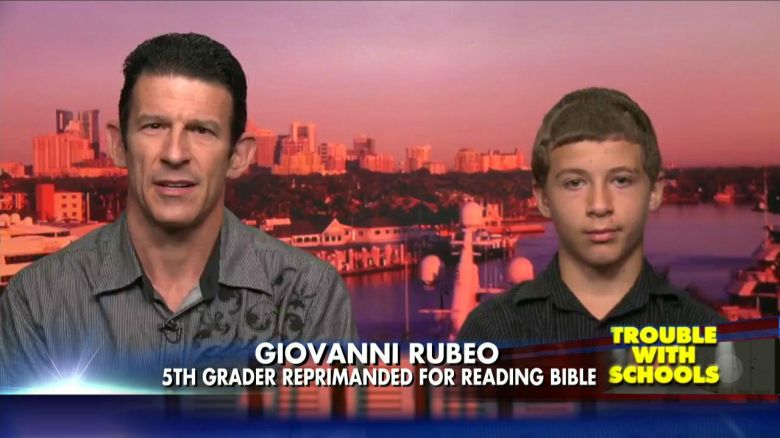 An elementary school pupil has been banned by his school teacher from reading the Bible during free reading time in Florida, US.

“I noticed that he has a book – a religious book – in the classroom. He’s not permitted to read those books in my classroom,” she said in a voice recording. The Liberty Institute is now representing the family, demanding a written apology from Park Lakes Elementary School in Fort Lauderdale.

Giovanni had complied when asked on previous occasions to put away his Bible. His father then told him he had a right to read it in class and instructed his son to tell the teacher to call him the next time an issue arose.

Giovanni and his dad, Paul, discussed the situation with Steve Doocy this morning, along with their attorney from the Liberty Institute, Jeremy Dys. Giovanni said he “loves reading the Bible” after receiving the book at Christmas from his church.

“The voice message just kind of speaks for itself,” said Paul Rubeo.

Dys said Thomas’ actions were an “egregious” constitutional violation, adding that she was treating the Bible like “contraband.”

It is worthy to note that this incident raises questions about freedom of religion as contained in the UN charter on Fundamental Human Rights which the US is a party to.

Would the teacher have acted differently if the boy was reading a Koran?

Tags:
Previous Article
Muslims Murder Christian Man In Front Of Son, Drag Body To The Mosque, And Mutilate
Next Article
An Attack on Christians #BringBackOurGirls 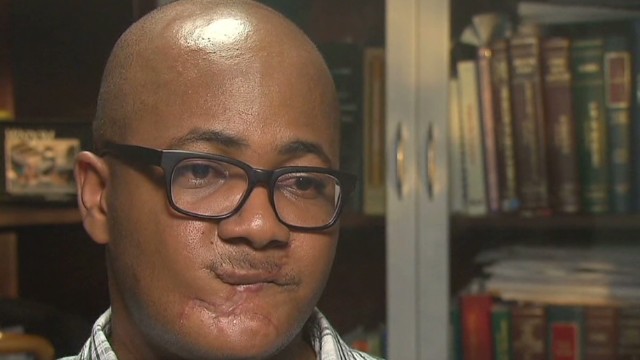 An Attack on Christians #BringBackOurGirls
civilrights May 10, 2014