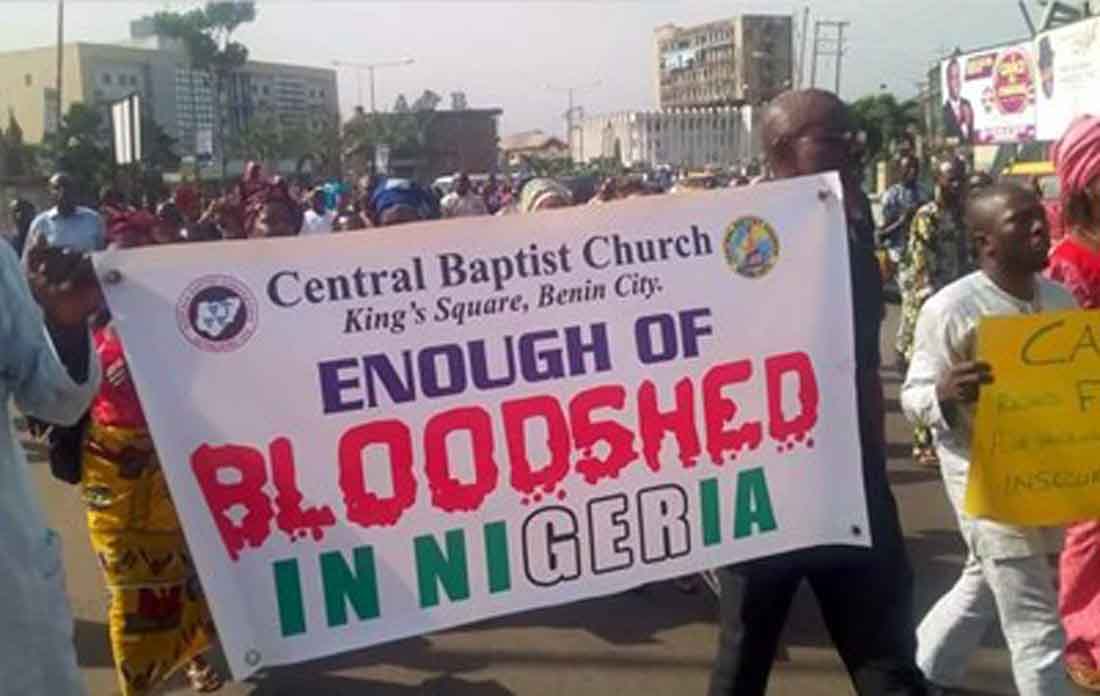 The steady and violent onslaught of Christians in Southern Kaduna, Nigeria by armed assailants of Fulani ethnicity has become a ritual and has continued unabated. Several communities have been sacked from their ancestral homes especially in Chikun and Kajuru Local Government Areas of the state. The nature of these attacks are no longer limited to the wanton killing of Christians but kidnapping, sexual assault, sexual abuse/molestation, and looting.

Between January and May 2020, there have been over 63 violent attacks and kidnapping incidents in which hundreds of people were killed; many injured with women and girls abducted for ransom. In addition, over hundred houses were burnt, villages destroyed and over 20,000 persons displaced.

Regrettably, these attacks continued despite the imposition of Covid-19 related lockdown. So, the impunity with which these non-state actors sacked several communities begs for international pressure.

Disheartening in all these is that the Governor of Kaduna State, His Excellency, Mallam Nasir El-Rufai has failed to understand that the entire Kaduna State is his constituency. He is reminded that he has the constitutional responsibility of protecting the lives and livelihoods of these law-abiding, defenseless communities against these unrelenting massacres and ethnic cleansing.

Pretending to be overwhelmed by the activities of these outlaws, he has continued to demonstrate his non-verbal support for them by his deliberate inactions while issuing press statements and commiserating with the victims whenever such heinous attack occurs has become the habit of the Government at the Centre. It’s evident that the killings in southern Kaduna are State sponsored and the Nigerian government by virtue of actions and inactions are accomplices.

The international community and indeed the whole world should know that southern Kaduna, Nigeria is steadily being transformed into killing fields due to gross failure and negligence of the Nigerian government. The atrocities committed by these Hausa-Fulani herdsmen against indigenous Christians in Southern Kaduna beg for International pressure.

The time to intervene is now! #AllBlackLivesMatter