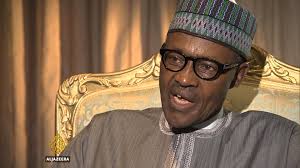 Nigeria’s President, Muhammadu Buhari shocked international observers with his recent uninformed response to calls for referendum and secession by the Indigenous People of Biafra (IPOB) from Nigeria after 49 years of end to the country’s civil war. Mr. Buhari questioned what would happen to the properties of south east indigenes in parts of Nigeria if they were to secede from Nigeria.

Suffice it to say that Buhari’s concerns are ill-informed and premised on ignorance. It beats the imagination how a sitting President could lack understanding to comprehend that there isn’t any seeming correlation between property owned by individuals and the status of an independent state. When Britain granted independence to Nigeria in 1960, this did not in any way affect the property owned by Nigerians in the United Kingdom. Again, when the defunct Soviet Union disintegrated into fifteen (15) different independent states, Moscow did not confiscate property belonging to non-Russian citizens neither did any of the newly formed states. This same trend was tenable in the defunct Yugoslavia which split into seven (7) independent states with property owned by individuals never an issue. The Eritrea/Ethiopia case study is also relevant where a new state emerged and individual property was never an issue.

At present in Nigeria, Lebanese, Chinese and South Africans to mention a few, own businesses and properties despite their nationality; yet Buhari doesn’t consider this an anomaly. It beats imagination therefore, how a President could speak in this manner without cognizance to common reasoning.

While we continue to monitor trends in Nigeria, it’s important that Nigerians and indeed Africans bear in mind their human rights as established by the Lockean theory of state formation to seek state formations that would best address their needs and bring about the much desired development. If having a multitude of clans isn’t working, there is simply nothing wrong in doing what the defunct Soviet Union or former Yugoslavia did in disintegrating into various states.

Today, we have an economy driven Serbia, Montenegro, Bosnia and Herzegovina, Croatia, Republic of North Macedonia, Slovenia and Kosovo thriving side by side for the good of their citizens. Africans must learn that the scramble in Berlin 1884 wasn’t written in black and white. If you don’t like it Africa, please feel free to change it. Positive change to bring development is not a crime by any standards neither is it treasonable.

For Africa to develop, Africa and Africans must decide just as Sudanese people decided by sacking President Omar al-Bashir after 30 years in power.

The power is in your hands Africa. A stitch in time saves nine they say and the cynicism of today is the reality of tomorrow. President Buhari, please be guided!

TERRORISM IN NIGERIA – A CASE OF INCOMPETENCE
civilrights June 20, 2019