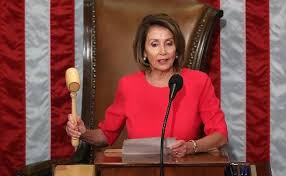 In recent times, there has been a continuous affront by Democrats against President Trump over his proposal to build a wall at the U.S-Mexico border to secure the country.

This is simply a total display of wickedness and hatred for President Trump who is only fighting for a just course which is to protect America.

Democrats prefer and support the use of drones, helicopters, coast guards as well as soldiers to protect the border as against building of wall. The costs for the two options are absolutely incomparable. The building of the wall ought not to be negotiated.

Genuine Americans are called upon to rise up and support President Trump to ensure that a strong and powerful wall is built and completed at the border to prevent further humanitarian crisis, transit of illegal drugs into the country which enhances destruction of youths, possible entrance of terrorists and ISIS members into United States.

Recently, many illegal immigrants have been apprehended at the border and these people could have posed a big threat to the security of the US if there had not be held.

It is worthy of note that most Democrats are immigrants hence, prefer support for illegal immigration to the detriment of the security of the United States. In 2006, 64 House Democrats and 26 Senate Democrats supported the Secure Fence Act. The current senate minority leader Chuck Shummer voted for it. So Hillary Clinton, Joe Biden and then-Illinois senator, Barrack Obama, praised the bill on the floor saying it could “certainly do some good” and help stem some of the tide of illegal immigration in the United States.

In 2013, all Senate Democrats and most House Democrats supported the Comprehensive Immigration Reform Legislation (The Gang of Eight Bill) with $46billion mapped out for for border security and $8 billion to reinforce barriers/fence.

Chuck Shummer also offered Democrats votes to fund the border wall at $25billion in exchange for a path to citizenship for dreamers. What has then changed Democrats’ support for border wall under President Trump? It is absolutely evident that they are fighting against Trump and the national interest of the United States of America. It is also very disheartening that some Democrats have walls at their personal homes but stand against building a wall at the boarder to secure their country. What ironic patriotism!

This is a call for all to stand up, condemn this blatant display of wickedness by democrats against Trump. It is time to rise up and support President Trump and ensure the wall is built and completed. America must be protected and secured.

Previous Article
THE HYPOCRISY OF CNN AND THEIR NON COVERAGE OF KILLING OF CHRISTIANS IN SOUTHERN KADUNA, NIGERIA
Next Article
GLARING DESTRUCTIVE TENDENCIES OF RADICAL MUSLIMS – DECISIVE ACTION BY THE INTERNATIONAL COMMUNITY ADVISED