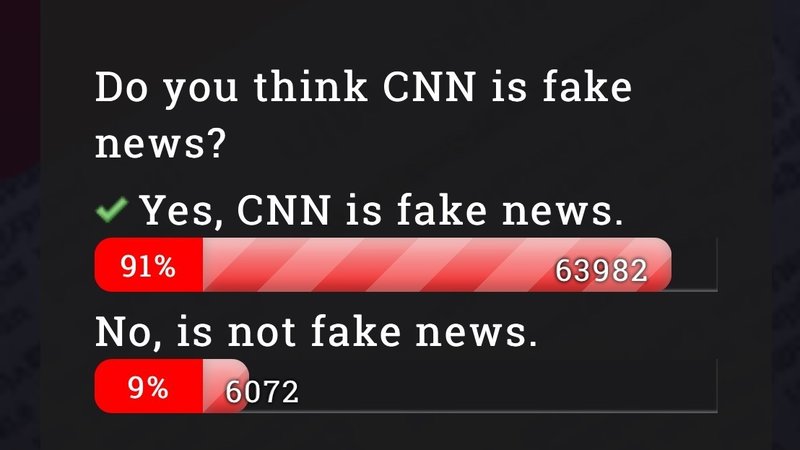 It is no news that CNN has displayed deep resent towards President Donald Trump through its liberal narrative, inaccurate political reporting, and talking-head “newscasters” with dreadful plummeting ratings, drowning helplessly in their leftist opinions and attacking anyone who disagrees with them. Thus, there is every need to remain professionally committed to exposing the fake news carriers to liberate the society from hate targeted towards President Donald Trump.
It is quite obvious that CNN and their money bag sponsors are still reeling from the pains of defeat in the just concluded mid-term and Presidential elections in 2018 and 2016 respectively. It is no surprise resorting to wailing and blackmail remains their only tools to sustain relevance as they used the corrupt Obama administration in attempting to fix an election with FBI abuse.
Only recently, the President gave a simplistic but opinionated call for competence and accountability as he expressed his disappointment at poor forest management, more so the huge budget of $256 million allocated this year alone to lowering wildfire risk in California with no meaningful result obtained. CNN in their usual saturated-bias, twisted the report in compromise to swerving unsuspecting citizens to achieve their treachery. The question left unanswered is can any logical hypothesis defy and completely alienate disaster from environmental factors?
Just like the proverbial drowning man who clutches at a straw, CNN is operating a capricious and chicanery business model on the verge of going bankrupt, hence feeding, digesting and dispelling fake news remains their anchor for survival. One needs wait no long to see them lie comatose.
Is there anything wrong in placing National interest above self? What is wrong in Trump’s comment of being a ‘Nationalist’? In every sense of judgement, CNN are Obama apologetics known to be sore losers.
CNN, Obama, Clinton, Acosta and their likes have all failed and will fail consistently in their attempt to smear the President in the eyes of the world.
The Mid-Term election victory, Kavanaugh appointment e.t.c. are clear indications that those for Donald Trump far outweigh the minuscule against him.
Indeed America is moving on greatly and the assembly of anarchist shall not prevail against God’s own country. #MAGA
Tags:
Previous Article
INTERNATIONAL COMMUNITY AND MAINSTREAM MEDIA LOOKS AWAY WHILE HAMAS PERPETUATE VIOLENCE IN ISRAEL
Next Article
Cameroon students kidnapped in Anglophone region