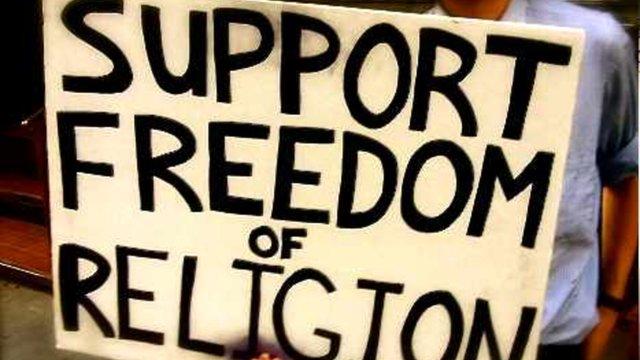 It’s sheer wickedness, unjust and totally inhumane for Saudi Arabia to habitually persecute Christians in their country without any recourse to the right and sanctity of human lives. The United Nations must take action. It’s seemingly incomprehensible why the Saudis, despite being signatories to a number of international human rights charters such as the Convention against Torture and the Convention against all forms of racial discrimination, will continue to unabatedly persecute and brutalize Christians in their country.

Muslims live comfortably in Christian countries even to the extent of dominating those Christian countries owing to the warm reception accorded by the host Christian community. A typical example is Saudi Arabia. This country is known for molestation of Christians which is also enforced by its government. Cases exist where a man, Mikhail Cornelius, a Coptic Orthodox Christian was lashed 500 strokes for saying ‘Jesus is Lord’ and sentenced to a 7 years jail term. Christians are also lashed innumerably and jailed in Saudi Arabia for helping Muslims convert to Christianity to mention but a few. Yet, Saudis and Muslims claim they belong to a religion that preaches peace. What sort and manner of peace is this? Is barbarism peace?

Very recently, there was another case of a man who was beaten to pulp and lashed 500 strokes for refusing to denounce Christianity. Is that not wickedness? The Saudis often make these allegations that these Christian victims are trying to infringe on people’s faith by preaching to them or making remarks pertaining to their faith publicly, yet available facts show that people of Muslim extraction do mount loudspeakers during their prayer times; including places where they are still visitors.

It’s expedient to say that countries like Turkey, Britain and so many other countries that were of Christian origin have had their culture and heritage overturned by Muslim infiltration and domination. If Muslims were persecuted the way they do to Christians, would it have been so? Why then won’t they allow Christians to live peacefully with them; especially in Saudi Arabia? Even in USA and Italy that are Christian countries, Muslims are living comfortably and even requesting their Sharia law to be included in these countries constitution. The case of Russia is not also out of context. Yet Christians can’t be allowed to move freely in Saudi Arabia without being charged or accused of one crime or the other for observing their faith.

International organizations including United Nations and European Union are called upon to call Saudi Arabia to order on their incessant molestation and persecution as well as barbaric act towards the Christian communities in their country. The Saudis have to be called out for the injustice and barbarism they perpetrate in their country; including kidnapping of people and taking their kidneys for sale as well as grinding or throwing of the victim’s body into the sea. A very barbaric act; yet, nothing have been done to them neither has any sanctions been imposed. Saudis should be made to uphold the sanctity of human lives and protect Christians the same way Muslims enjoy protection and are welcomed in other countries.

Christian organizations and church leaders are also called upon to speak out and not feign ignorance to this wicked act as they are supposed to be their brother’s keeper.

We also call upon the mainstream media (CNN and their cohorts) to be vocal; report/call attention and condemn these barbaric human rights violations in Saudi Arabia and Muslim countries. It is their responsibility to do so.

We appeal to President Trump and the United States to kindly call Saudi Arabia their ally to order. This evil must not be allowed to go on unabated. Saudi Arabia must be made to understand that they must include the freedom of worship and peaceful coexistence with Christians in their Constitution as part of the conditions for a continued relationship with the United States. If USA a Christian country can allow Muslims to live comfortably in their country, it is obligatory and mandatory for Saudi Arabia a Muslim country to accord the same rights to Christians in their country. What is sauce for the goose must be sauce for the gander.