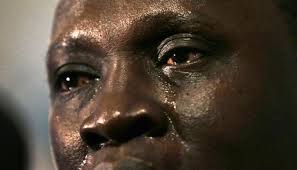 Two South Sudanese Pastors are currently in danger of losing their lives following their refusal to renounce their faith. The duo is on trial in Khartoum, Sudan for criminal charges which carry the death penalty after making public remarks criticizing the treatment of Christians in Sudan.

The two men Yad Michael, (m), 49 years of age, and Peter Yen, (m), 26 years of age, were detained by Sudan’s National Intelligence and Security Services (NISS) on 14 December 2014 and 11 January 2015 respectively, and held incommunicado until their first family visits on 2 March 2015.

Mr. Michael and Mr. Yen are both Christian missionaries and South Sudanese nationals visiting Sudan who had been vocal about the controversial sale of land and property belonging to the Khartoum Bahri Evangelical Church and the treatment of Christians in Sudan. Sudanese police forces violently raided the Church on 2 December 2014 to break up a sit-in demonstration organized by members of the congregation protesting the sale. 38 people were arrested and 20 convicted of disturbing the public peace and membership of criminal or terrorist organisations.

Mr. Michael is known to have arrived Sudan on 13 December, but was arrested by the NISS on 14 December after preaching and condemning the sale of church land and property.

The first court session took place on 19 May, and the second on 31 May. The next court session is scheduled for 15 June 2015 and will hear testimony from the complainant in the case. The men are being represented by a team of pro-bono lawyers.

Sudan is one of the most revered countries where Christians are persecuted with impunity.

It will be recalled that on 15 May, 2014 a Criminal Court in Khartoum Bahri confirmed the sentence of 100 lashings and the death penalty of 27-year old Meriam Yahia Ibrahim, a Christian woman convicted for her religion which sparked international outrage.

It remains to be seen if international community will be handy to save the lives of these Pastors. Amnesty International in recent times seem preoccupied with advocacy for human rights for suspected Boko Haram terrorists members in West Africa, Nigeria while neglecting salient abuse of human rights such as this.

Sudan is also known to have forcefully closed and cancelled registration of political parties and organisations affiliated with reformist visions of Islam. On 1 May, 2014 Sudan’s Political Parties Affairs Council (PPAC) rejected an application from the Republican Party, founded by Mahmoud Mohamed Taha. Taha was executed days after being convicted of apostasy in 1985 on the basis of his opposition to Sudan’s interpretation of Sharia law.