Many have for while questioned the biased reportage of CNN and other media agencies as regards Israel-Palestine conflict. That is, why the hate for a nation (Israel) smaller than the world’s largest borders? Is it a crime to be Jew?

Journalists throughout the world and from across the political spectrum reacted with horror at the slaughter of 12 people at Charlie Hebdo’s Paris offices yesterday. The satirical magazine was targeted by Muslim extremists wielding Kalashnikov rifles, after years of threats and previous attacks by Islamists over several cartoons it published which mocked Islam and Muslim leaders – in addition to countless others mocking other religious and secular figures.

Clancy, however, took exception to the claim that the magazine was attacked for insulting Islam, claiming instead that “The cartoons NEVER mocked the Prophet. They mocked how the COWARDS tried to distort his word.”

A debatable position perhaps, given that some of its cartoons do indeed appear to directly mock Mohammed – and the fact that any representation of him whatsoever, in any context, is deemed “offensive” under Islamic law.

And indeed, several of his followers did in fact debate that point – but were then attacked as being pro-Israel, despite not having brought Israel up at all.

Various other responses were similarly aggressively rebuffed as “Hasbara”; Clancy’s trigger-happy usage of the term even led him to similarly tweet that a virulently anti-Semitic neo-Nazi account was involved with “PR for Israel”.

Several of his followers reacted with shock at his response, with some calling into question his objectivity as a journalist who frequently reports from the Middle East.

Following a hail of criticism, the CNN correspondent remained unrepentant though:

Subsequent to those posts, the CNN man subsequently retweeted of a quote by radical leftist Noam Chomsky which read: “Radical Islamic fundamentalists have been Washington’s most valued allies in the Middle East for 75 years.”

Jim Clancy has since tendered his resignation to CNN.

FOLLOW US ON TWITTER @Civilrightsint. FIND US ON FACEBOOK/Civil Rights International AS WELL AS FACEBOOK/Say No 2 Homosexuals 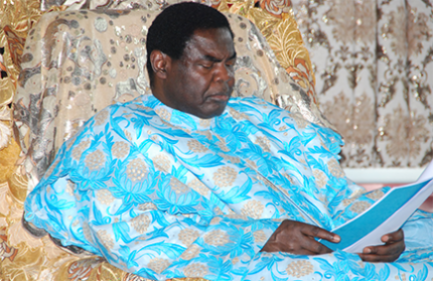