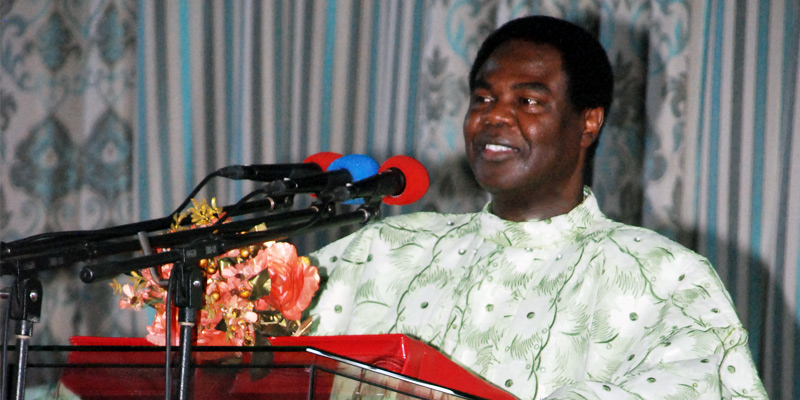 Renowned religious cleric, His Grace Most Revered Professor Daddy Hezekiah (MFR) has received an award of excellence Icon of Youth Empowerment and Development in Africa from the Ethnic Youth for Peace in Nigeria.

The ceremony which took place at his church administrative headquarters (Living Christ Mission) in Onitsha, Anambra, Nigeria included a speech from the President of Ethnic Youth Leaders for Peace in Nigeria Comrade Franklyn Edede who described Professor Hezekiah as deserving of the honour.

Professor Hezekiah while thanking the youths advised on how Nigeria can surmount electoral malpractices. In his words,

If elections are done in all the States at the same time, I think people will concentrate in their own area…Let elections be organized as it use to be organized in 60’s, 70’s, so that if there is election for the governors, all the States must do the election that same day. If it is for the president, all the States must do the same election that same day. Not one State will do this year, another will do next year and people will carry vehicles and go to another State to cause confusion. Let these things be done the same year as it use to be done and that will help to reduce elections malpractice”

Professor Hezekiah also seized the occasion to congratulate Nigerian President Goodluck Jonathan on his steadfastness and on how he stood firm against gay practices.

Related Story: From the Editor’s Desk- The Man Hezekiah @47

It will be recalled that Professor Hezekiah had in 2003 received a similar award #Noble Father of Nigerian Youths; an honour he shares with former Nigerian President Olusegun Obasanjo.

Professor Hezekiah first gained prominence in 1982 when he miraculously raised the dead.