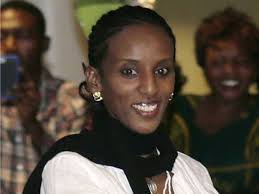 Our Celebrity of the month #October #December 2014 goes to Meriam Yahya Ibrahim the Christian Sudanese woman sentenced to death because of her faith, but later released.

Mariam as she is fondly called was born on November 3, 1987 in Al Qadarif state, Sudan.

Her Muslim father abandoned her in the hands of her Ethiopian mother who saw to her upbringing.

Meriam gained international prominence when she resiliently refuse to capitulate to the demands of psychopathic Judge to convert to Islam or face death sentence.

The depraved Judge eventually sentenced her to death not withstanding her pregnancy leading to international condemnation.

While we continue to celebrate the courage #character of this woman following her release on 26th of June 2014, many more Meriam’s are executed in Islamic countries on daily bases.

Civil Rights International wishes to register its displeasure at the ‘silent game’ being played by the United Nations and major media agencies who fail to sufficiently speak against or uphold the UN charter of freedom of religion. What then? Is it a crime to be Christian?

We appeal to the United Nations; its member States and media agencies such as CNN, Sky News, BBC, Euronews, CCTV etc to stop playing politics with the lives of non Muslims in Islamic countries. If Muslims have the right to freedom of worship so much so to build a Mosque even in the Vatican City, then they must learn to accommodate #live and let live!

We wish to also draw the world attention to the Pakistani woman Asia Bibi sentenced to death for being Christian. Kindly ensure her speedy release #UN #FreeAsiaBibi.

Related Story: Meet the religious cleric who does what he preaches- THE MAN DADDY #HEZEKIAH @47