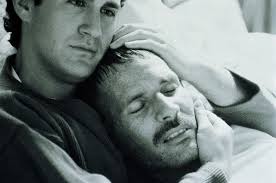 While Africa grapples on how to attenuate the rapid spread of diseases such as the Ebola virus and HIV, a study by scientists has identified homosexual men as most vulnerable to contract HIV due to anal sex.
The study which was led by Chris Beyrer, of the Center for Public Health and Human Rights at the Johns Hopkins Bloomberg School of Public Health, researchers analyzed surveillance reports and studies of HIV among ‘men that have sex with fellow men’ (MSM), including data that were part of routine United Nations reporting from member nations. Rates of HIV among gay men ranged from 3% in the Middle East to 25% in the Caribbean.
In all reporting nations, rates were on the rise, even in developed nations like the U.S., Australia and the U.K. where HIV is declining overall.In the U.S., for example, infection rates among gay men have been increasing by 8% each year since 2001, contributing to a 15% prevalence rate and putting the U.S. on par with countries like Thailand, Malaysia and some African and Caribbean nations where neither awareness of HIV/AIDS nor drug treatments are as widespread.
HIV prevalence rates among MSM in Brazil, Canada, Italy and India range between 11% and 15%, while many western European countries have lower rates of around 6%.In 2008, the HIV rate among men who have sex with men (MSM) in the USA was at 58%.
According to the CDC, over 63% of MSM are now infected with HIV/AIDS, with another 18% who are also infected but won’t know it until they become chronically sick. This means that 81% of all homosexual and bisexual men in the USA are now infected.
Most young gay men and youths between the ages of 13 to 24 will be dead before the age of 50. So who says that “gay” relationships are normal? In Vancouver, Canada, men that have sex with fellow men are responsible for 95% of all new syphilis cases. Considering that MSM are in the minority regardless of which country they live in, these figures should horrify everyone.
Related Story: Daddy Hezekiah Lambasts Christian Pro Homosexual Leaders
HIV has always been more common among gay men, but Beyrer and his colleagues say the traditional risk factors may not entirely explain the surge in many cases.
Traditionally, HIV experts have pointed to biological reasons for the enhanced risk among homosexuals. For example, there is an 18 times greater risk of HIV transmission through anal sex than through vaginal sex, which may explain why the virus continues to thrive in gay men, despite the fact that they still receive the bulk of HIV awareness and treatment public-health messages.

“If HIV infection in men that have sex with fellow men (MSM) is heavily biologically determined, do present approaches to HIV programming for MSM, which rely heavily on information, education and behaviour change strategies, make sense?” the authors write. “The epidemiology suggests that urgent reform is needed.”