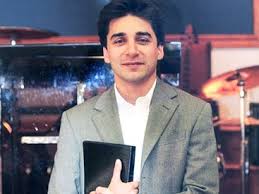 Iran has increased the punishment of a Christian Pastor who was imprisoned earlier in 2012 for his Christian beliefs.

Pastor Fathi has been transfered to Rajai Shahr prison on the outskirts of Tehran where he is to share cells with addicts and other common criminals as punishment for singing Christian hymns in prison.

Pastor Fathi was sentenced to six years imprisonment in February 2012 by a Tehran revolutionary court as part of a massive crackdown on Christian faithfuls in Iran.

Iran in recent times have continued to gain a notorious reputation for Christian persecution. Coverts to Christianity receive harsher treatments since Tehran authorities won’t tolerate Shiites leaving the official religion.  Apostasy is punishable by death under Shariah law, and Persian-language Bibles are banned.

Islamic State fighters in Syria and Iraq have recently given the world a display of brutal vigilantism against minority religions. Pastor Fathi’s case is a reminder that persecution also is conducted by long-established states, a truth to keep in mind as the world’s leaders sit down to tea with Iran’s dictators in the United Nations General Assembly expected to hold in New York later this month. CLICK TO READ MORE