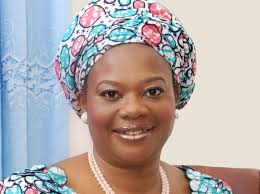 For her patriotism and commitment to humanity, Dora Nkem Akunyili is the Civil Rights International celebrity of the Month for August, 2014.

Born July 14, 1954 in Makurdi, Benue State, Nigeria, Dora passed her First School Leaving Certificate with Distinction at St. Patrick’s Primary School, Isuofia, Anambra State in 1966, and the West African School Certificate (W.A.S.C.) with Grade I Distinction in 1973 from Queen of the Rosary Secondary School, Nsukka, both in Nigeria.

She got her First Degree in Pharmacy B.Pharm (Hons) in 1978 and her PhD in 1985 from University of Nigeria Nsukka. Akunyili was a Post Doctorate Fellow of University of London and a Fellow of the West African Post Graduate College of Pharmacists.

As a Scientist and a Scholar, she presented 19 papers in various local and International Scientific Conferences, and published a book and 18 Journal Articles.

Professor Akunyili was the Director General of National Agency for Food and Drug Administration and Control of Nigeria (NAFDAC) and Nigerian Minister of Information and Communications from 2008 to 2010. She was a pharmacist and governmental administrator who gained international recognition and won several awards for her work in pharmacology, public health and human rights including

She was a devout Catholic; happily married with 6 children with hobbies such as reading and writing. She died in an India hospital on the 7th of June, 2014 after a battle with Cancer.

We present, Dora Nkemdiri Akunyili into the Civil Rights International hall of fame!!!