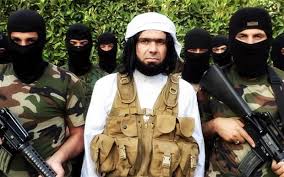 Deadly Islamic terror group ISIS has successfully placed an embargo on Christianity in Iraqi and Syria.

Tens of thousands were forced to flee after a noon deadline from the terrorist group known as the Islamic State of Iraqi and Syria (ISIS) expired. The Islamic group demanded Christians choose one out of 3 unattractive options: convert to Islam, pay a religious tax of over half an ounce of pure gold as well as become second-class citizens, or be put to the sword. The levy was unaffordable.

According to one local news agency, ISIS troops entered the house of a poor Christian and, when they didn’t get what they wanted, the soldiers raped the mother and daughter in front of their husband and father. The man committed suicide out of grief.

ISIS has proceeded to burn down a centuries-old church, desecrate Prophet Jonah’s tomb as well as massacre thousands of Christians.

For the first time in 1,600 years, Mass is not being said in Mosul; an ancient culture has been wiped out in a matter of weeks.

ISIS fanatics have vowed to extinguish every physical legacy of Christianity as well as create an Islamic equivalent of Year Zero, a brave new world with no evidence of Christianity, women’s rights, democracy or even that most subversive of instincts, human pity.

Prior to the conflict, there were 1.5 million “Chaldeans, Syro-Catholics, Syro-Orthodox, Assyrians from the East, Catholic and Orthodox Armenians” in the country – living, of course, under the tyranny of Saddam Hussein, but living nonetheless. Today, their number has dropped to just 400,000.

It will be recalled that ISIS leader Abu Baghdadi one year ago in the northern Syrian city of Raqqa first experimented with the ultimatum to “convert to Islam, pay a tax or die”.

The Syrian patriarch of the Melkite Greek Catholic Church has estimated that perhaps 25 per cent of his country’s 2 million refugees are Christian.