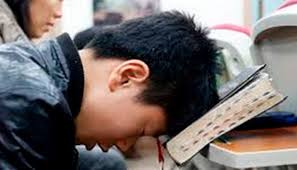 Tragic news coming from North Korea [according to South Korean newspaper JoongAng Ilbo], has it that as many as 80 people were publicly executed in North Korea recently for minor offenses such as owning a Bible.

The alleged “criminals” were put to death in seven cities across North Korea, averaging ten per city. The victims had their heads covered by white bags, were tied to stakes near a stadium, and shot by authorities repeatedly with machine guns. North Korean officials forced a crowd of over 10,000 people, including children, to witness the killings.

“I heard from the residents that they watched in terror as the corpses were (so) riddled by machine-gun fire that they were hard to identify afterward,” the JoongAng Ilbo source said.

The massacre marks the first time during Kim Jong-un’s reign where public executions have taken place, a troubling sign for the future of the totalitarian country. Government officials suggest that the executions were meant to quell the recent spread of capitalism in various cities across North Korea.

Systematic killing of Christians is not entirely new to Asian and African countries. In Egypt most recently, hundreds of churches were burnt with Christians massacred by Muslim fanatics.

The trend of killing Christians is also peculiar in Somalia, Syria and most recently Kenya where Al Shabaab terrorist group attacked and killed Christians watching the Brazil 2014 World Cup in Nairobi.

The Sudanese Christian women Meriam Yehya Ibrahim who was sentenced to death by a Muslim led government in Sudan for her religion is another pathetic example of religious intolerance and unjust persecution of Christians.

It has also been widely reported in Nigeria that the Boko Haram Islamic sect has vowed to Islamize Nigeria as part of its plans as well as abolish western education; hence the habitual bomb blast and killing of infidels.

The North Korean cold blooded execution of these 80 Christians was first reported in November, 2013.

North Korean law permits executions for conspiring to overthrow the government, treason and terrorism. But the country has also been known to order public executions for minor infractions such as religious activism, cellphone use and stealing food, in an effort to intimidate the public.