Two explosions have rocked a crowded market in the central Nigerian city of Jos, the capital of Plateau State, leaving scores of people dead.

The coordinator (North-Central) National Emergency Management Agency (NEMA) Alhaji Abdulsalam Abubakar, while confirming the blast declared that the casualty rate after the twin bomb blasts at the Terminus market in Jos could be best described as catastrophic.

“I can’t tell you the figure of those killed by the blasts now, because we are still evacuating bodies from the scene. The only thing I can say is that the casualty figure is very massive. It is a catastrophe”, Alhaji Abdulsalam Abubakar, the NEMA Co-ordinator (North-Central).

Abubakar said both explosives were loaded in parked cars.

“The bombers parked the cars and left the explosives to detonate. It was in the market and at a peak period. So, you can only imagine what could have happened,’’ he said.

He said dead bodies and mutilated human parts were being deposited at the old and new Jos University Teaching Hospitals, as well as the Plateau Special Hospital.

“There are also a massive number of people injured. We have conveyed some to various hospitals,’’ the NEMA official said.

He said that an idea of the number of casualties was only possible after the rescue operation.

“We will have to first finish the operation and then visit the various hospitals. For now, we are only picking dead bodies all over the place,’’ Abubakar said.

Mr Chris Olapke, Plateau’s Commissioner of Police, who also spoke to newsmen confirmed that it was difficult to confirm the figure immediately.

“We are still busy at the scene. We shall speak later”, he said.

No group has yet claimed responsibility for the blasts but Boko Haram has continued to wage war on central and northern Nigerian cities as it seeks to establish an Islamic state within the country.

Trend this topic as well as other related topics (Christian woman sentenced to death in Sudan) by twitting with the hashtag #ChristiansArise. You can also follow us on twitter @Civilrightsint. 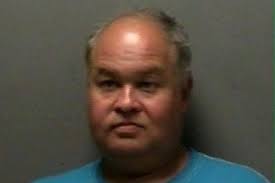 Man arrested for trying to have sex with ATM
civilrights May 23, 2014