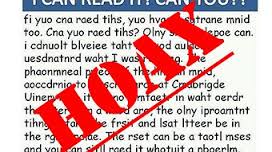 Members of the public are warned to disregard any allegation that Jews News wrongfully reported the brutal killing of a Christian man in Egypt.

This is the handiwork of miscreants who wish to hide or mask the truth about the Christian genocide by Muslims in Egypt for selfish reasons.

“Muslims Murder Christian Man Right In Front Of His Son, Drag His Body To The Mosque, Tie His Body And Mutilate Him”

by Jews News was empirically verified.

The name of the Egyptian village and the victim (deceased) were all provided in the report by Jews News on this terrible dastardly incident for verification purpose.

Although, the pictures in the publication look different, however, it is a widely acceptable practice in journalism to publish empirically verified stories with a picture that best describes or captures the mood the story is telling or nearest in meaning when there are no readily available footage to accompany the story.

This practice is consistent with the tenets of journalism and relatively used by all reputable media outlets.

Again, we wish to call attention that no mention of the man being hanged was made in the story by Jews News whereas the picture in question that was used was that of a hanged man; this clearly shows and demonstrates that there was never an intent on the part of Jews News to fabricate the story, but rather to relay verified information with visual footage that best captures the sad incident.

At present, hundreds of homes, businesses and Church organisations have been utterly destroyed by Muslims in Egypt.

We sincerely hope the United Nations and relevant agencies will intervene timely in Egypt as well as Northern Nigeria where Christians are being brutally killed by Muslims habitually in a desperate bid to create an all exclusive Islamic State.

Below are other sites that published this story: