An Attack On Christianity #BringBackOurgirls 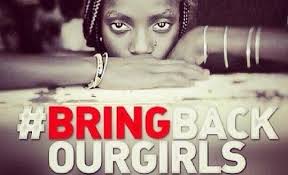 The list of kidnapped girls in Chibok, Borno State, Nigeria released by the Northern States Christian and Elders Forum (NOCSEF) is yet another pointer that Boko Haram terrorist activities is a meticulous scheme designed to annihilate Christians from Northern part of Nigeria.

Aside from the list, Boko Haram has overtime repeatedly made it clear that their number one agenda in Nigeria is to create an Islamic State in the north devoid of western education.

What does this suggest? Why did the Boko Haram terrorist sect choose Chibok a community whose population is predominately 90 percent Christian?

Is there any truth in the claims by Muslims that they are victims just like the Christians in the North?

Have Muslims done enough to checkmate violent groups which emanate from their religion?

Is it simply enough for them (Muslims) to distance themselves from such terrorist groups by mere words and not take proactive steps to address the problem?

Is there a carefully designed scheme by Muslims under the guise of ‘we are victims as well’ to annihilate Christians in the northern part of Nigeria?

While we search for answers for the above rhetorics, the fact remains Muslims all over the world are welcomed with open hands anywhere they go to live and practice their religion without fear of molestation so much so that they can even build a mosque in the Vatican city, however, same cannot be said for Christians.

As far back as 2006, Muslim fanatics butchered Christians in Maiduguri, Borno State, Nigeria simply because of cartoons about Muhammad in the Danish newspaper Jyllands-Posten.

Today, the Boko Haram terrorist sect has made burning of Churches and places of worship a routine daily activity.

We Civil Rights International believe the government and people of Nigeria could do better in attenuating the restiveness in the north as well as bring the hoodlums to justice.

It is not enough for government to condemn these dastardly acts with mere words without drastic measures to protect Christians.

We believe the government of Nigeria has what it takes to end these religious motivated violence once and for all.

Also, it is not enough for Muslims to use mere words to distance themselves from horrorific killings carried out by groups which confess their religion. The onus is on them to take proactive measures to check the innate contradictions that abound in their faith. For instance, these terrorist groups often justify the violence they unleach on people of other faith with relevant passages of the Koran such as

Quran 9: 29 “Fight those who believe not in Allah nor the Last Day, nor hold that forbidden which hath been forbidden by Allah and His Messenger, nor acknowledge the religion of Truth, (even if they are) of the People of the Book, until they pay the Jizya with willing submission, and feel themselves subdued.”

Should this be so? We implore Muslims to act to salvage what is left of our society. We cannot continue to live as though we are in Hobbes’ State of nature.

It is therefore imperative for Muslims to brace up to the truth and accept that they have challenges in their faith rather than shy away from it.

If some people are killing in the name of their religion whose problem is it? Is it Christian, Jewish or Hindu? It is theirs and theirs alone and denying it doesn’t help.

We wholeheartedly condemn these habitual acts of religious violence.

Below are the names of kidnapped girls with their religion in quote: 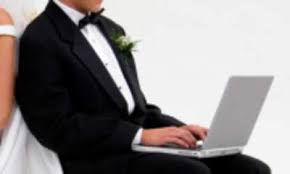 Court Denies Man Right to Marry his laptop
civilrights May 6, 2014