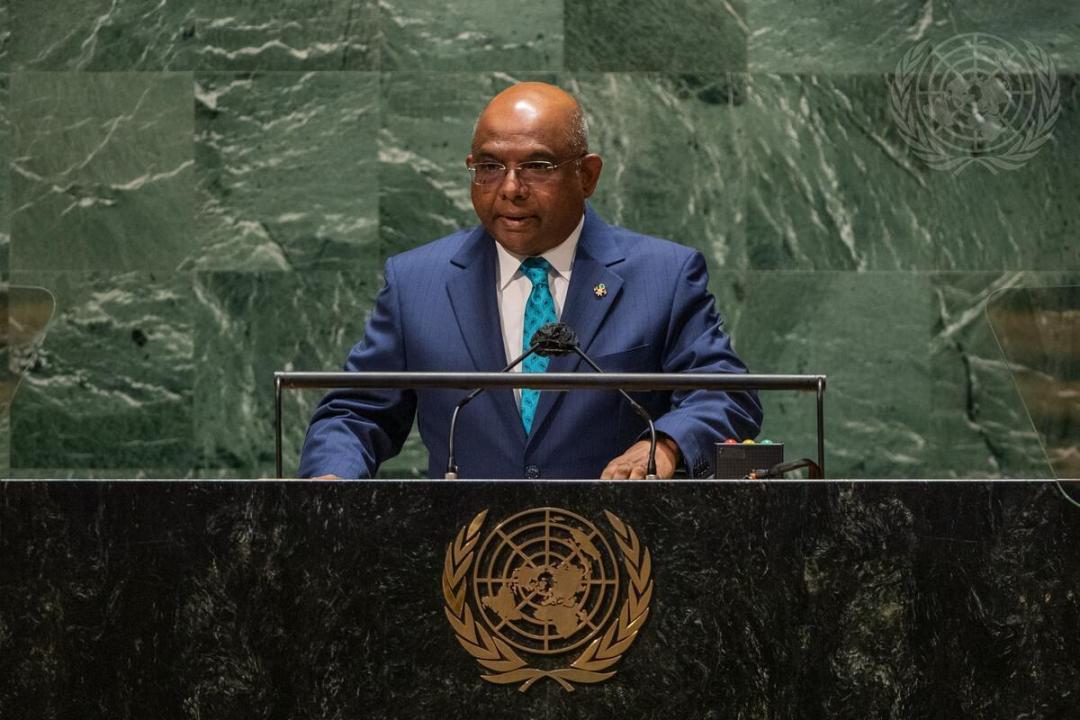 To put China side by side with terms like fairness, justice and human rights is as good as calling Adolf Hitler a gentleman simply because he wore a suit.

This particular instance is what we have in the United Nations where the G77 and China are vigorously pursuing the readoption of an outrageous resolution in condemnation of Israel for allegedly occupying so called Palestine territory.

A look at the countries that constitute the G77 further underscores the ridiculousness of this hate-filled resolution entitled ‘Permanent sovereignty of the Palestinian people in the Occupied Palestinian Territory, including East Jerusalem, and of the Arab population in the occupied Syrian Golan over their natural resources’. How can a country like Guinea, Nigeria, and Cameroon with its numerous internal problems of wrangling and agitation for secession by its constituent units possibly sit on a table to issue an ultimatum for Israel to vacate its historic land on fictitious bases of occupation?

China as a country is yet to give in to calls to grant right to self rule to Hong Kong, Tibet and Taiwan. Under the terms of this hate-filled anti Israel resolution before the 76th session of the UN, China’s continued occupation of these entities (Taiwan, Hong Kong and Tibet) is in contravention of right to permanent sovereignty of peoples under foreign occupation as referenced in the preamble paragraph 3 of the draft resolution and as such China should as a matter of necessity and implication vacate these territories with immediate effect. Even Russia should be given matching orders in Crimea.

To think that the UN has made it a point of duty to habitually produce resolutions to condemn Israel, the only democratic nation in the Middle East, but has never passed resolutions to condemn China or Iran for their numerous human rights and undemocratic violations, is embarrassing to say the least, for everything the United Nations claims to stand for.

While the facts abound that Jerusalem from time immemorial belongs to the Jews as with the Cyrus cylinder discovered in Iraqi and examined by CNN’s correspondent Christiane Amanpour, the United Nations for some unexplainable reason continues to believe the lie peddled by Islamic extremists that Jerusalem must be divided for a two State solution to thrive. It must be said that no capital city in the world has a shared capital. Washington isn’t divided. Moscow, Beijing, London, Mecca and even the Vatican aren’t divided. Why then should we divide Jerusalem the Jewish capital?

With the open threats from Iran to obliterate Israel, one can’t help but wonder what Tehran would do if permission is granted to open an Embassy in East Jerusalem. If they could covertly fund and support terror against Israel including the bombing of Israeli ships and building of tunnels by Palestinians to infiltrate Israel, what would Iran do when it lies in same capital with Israel?

As deliberations on this hate-filled resolution before the 76th session of the UN continues, we urge well-meaning countries to vote against this wicked resolution and distance themselves from such senseless attack on the nation of Israel.