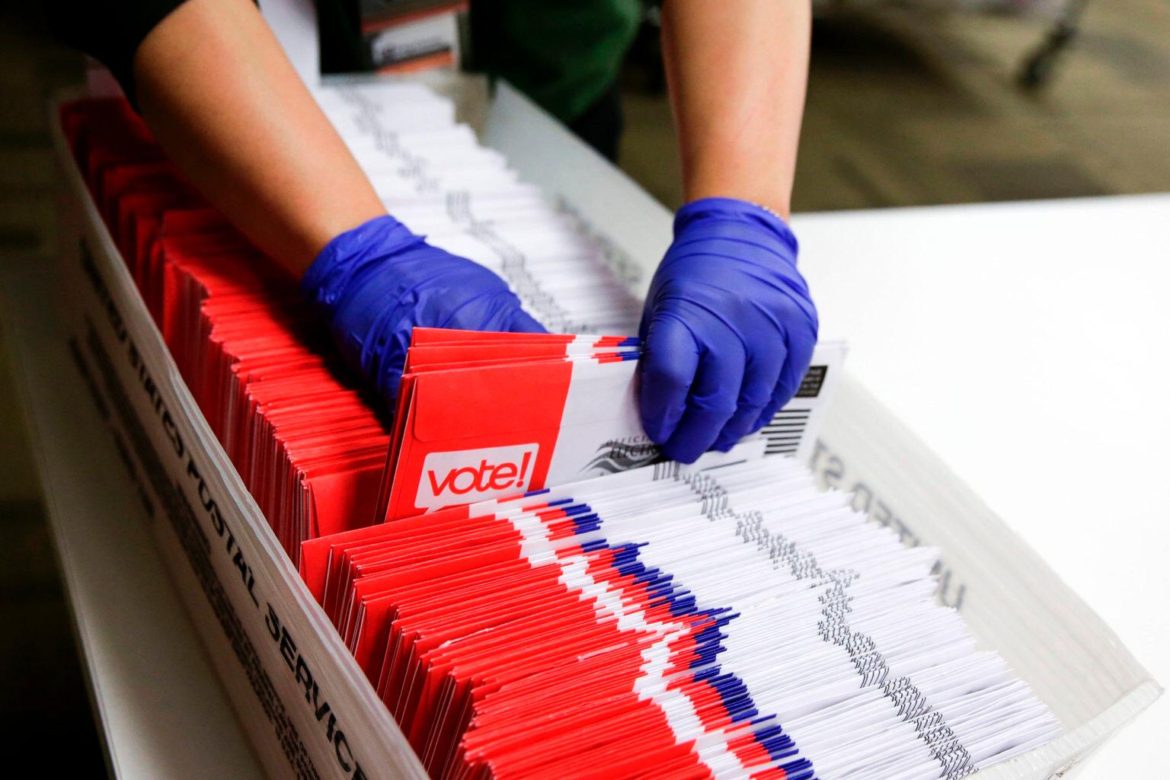 Democrats have been making cynical attempts to rewrite the rules of the 2020 election, hence, their struggle to entrench the universal mail-in voting system. This is very fraudulent. These pernicious moves are at a period when Florida and Arizona States are still struggling with the viability of their questionable long-standing system of mail-in voting.

However, to get Joe Biden into the White House at all cost, Democrats want the system entrenched in all U.S States. This is nothing more than a blatant political power play, and the ease with which the left is trying to practice fraud. Absentee ballots are already available in all States for citizens who may need them circumstantially.

More ridiculous is the point that democrats uphold the system with the reason of protecting citizens from coronavirus while to all and sundry, they fueled the over 70 days “Black Lives Matter” protests, which involved thousands of people, without COVID-19 precautions.

Also, multiple in-person special elections and primaries have taken place over the past two months, as the pandemic was at its peak, without any catastrophic consequence.

In Belarus, Europe, for instance, thousands of people trooped out en masse to vote in the country’s Presidential elections on Sunday 9th August, 2020 without recourse to the coronavirus pandemic. Why can’t America the cynosure of democracy do same to preserve this very important aspect of democracy called citizen participation? If Belarus could, it goes to show the U.S which is a lot more revered democracy has no excuse really to jettison in-person voting which has always been the cradle of its democratic practice.

Against this backdrop, it is clear that the main reason Democrats are so desperate to implement universal mail-in voting is so they can expand their dubious ballot-harvesting practices in U.S. Presidential Elections.

Ballot harvesting is highly vulnerable to fraud and abuse — where partisan poll workers could easily pressure voters into filling out their ballots a certain way, alter ballots to favour their own party or simply neglect to deliver ballots collected from Republican-leaning precincts. Mail-in voting, even without large-scale ballot-harvesting efforts accompanying it, is equally a scam. Mail-in voting, among other leftists’ agenda, is vulnerable to many undemocratic practices so it is shameful that it is spearheaded by the so called “Democrats”.

The New York elections shows the flaws in universal mail-in voting. The elections turned out a circus and disgrace to the American system. For over 6 weeks, electoral umpires were locked in counting ballots to the shock of Americans. Is this what Americans want come November 3rd?

The U.S. Presidential elections have always been decided through in person voting. The transparency of such process endeared it as the most revered and truly democratic system in the world. Results of elections were known and pronounced almost instantaneously or in matter of hours after elections.

Very clearly, the stance to distribute absentee ballots to every American on grounds of coronavirus may not be the best. If people could stand in queues to buy from the grocery store in the pandemic, why can’t they be allowed to perform their civic duty with safety precautions in place? The absentee ballot should remain what it is; for persons who for one reason or the other are unable to travel to their state and vote. It shouldn’t be for all and sundry for the avoidance of hijack and abuse of the process by unscrupulous elements. Signatures can’t be verified as with the system in Arizona and the Post Office will certainly be overwhelmed as with the New York primary elections.

Trump, Republicans and well-meaning individuals must resist these desperate attempts by very dubious individuals to steal and fraudulently rig the U.S. elections through mail-in voting.