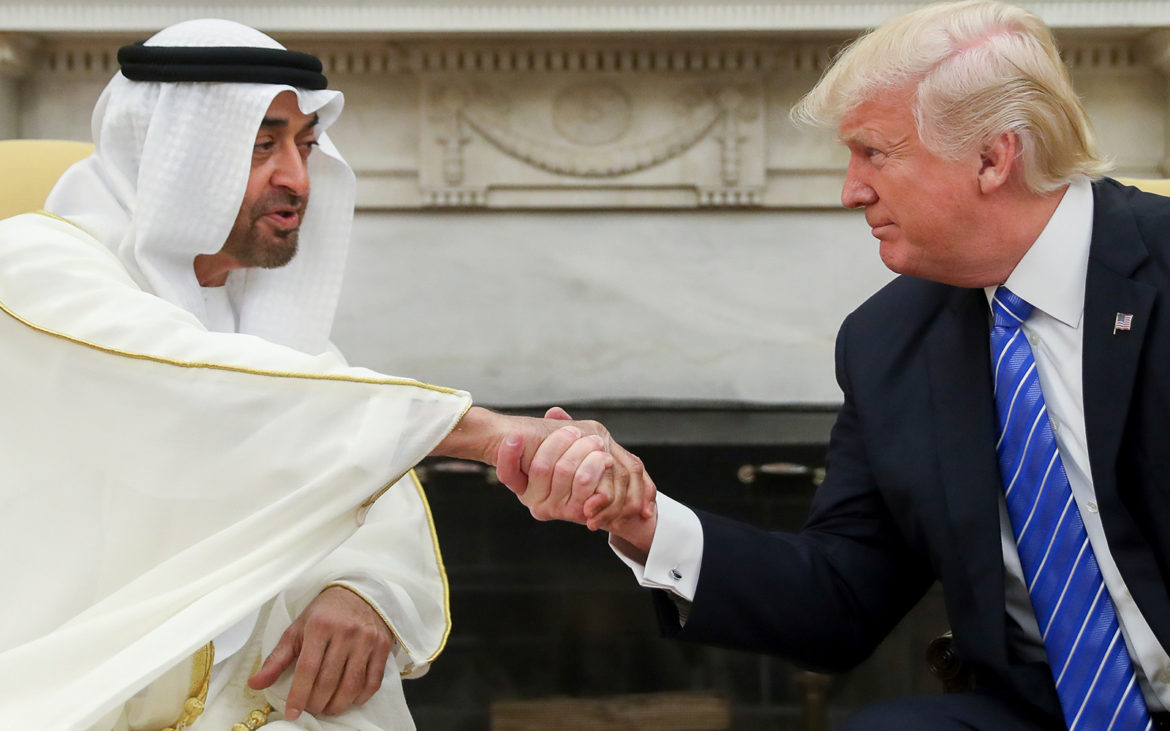 Indeed, the saying is true, history don’t make men; men extraordinary make history. The names Donald John Trump, Sheikh Mohammed bin Zayed and Benjamin Netanyahu will forever be reckoned with in the annals of history. Past and present leaders of international system were locked in protracted stalemate in bid to broker peace between Israel and her Arab neighbours. For over 70 years, all efforts proved abortive.

With barely 3 years and seven months into the Trump presidency, a historic peace agreement has been brokered between Israel and the United Arab Emirate [UAE], paving way for the desperately sought age-long peace between Israel and her Arab neigbours. The agreement orchestrated by U.S. President Trump, is historic and symbolic because of its propensity to bring peace to the region, necessitate religious tolerance, economic development and the rightful recognition of Jerusalem as Israel’s eternal capital by the UAE.

The joint statement about the agreement named the Abraham Accord reads that Israel and the UAE will exchange embassies and ambassadors, and they plan to “sign bilateral agreements regarding investment, tourism, direct flights, security, telecommunications, technology, energy, healthcare, culture, the environment…and other areas of mutual benefit.”

With an elaborate ceremony scheduled to take place in Washington in few weeks’ time to mark the event, it’s fitting perhaps to describe President Trump’s historic achievement as deserving of a noble prize in peace. Numerous U.S. Presidents in the past made countless efforts to chart a way forward between Israel and her Arab neighbours to no avail. Ghassan Khatib, a political scientist at Birzeit University, West Bank believes Gulf countries are interested in keeping Trump in power because they are very happy with Trump’s policy on terrorist Iran and unhappy with Obama’s. So they will do anything to contribute to the re-election of Trump.”

The news of Israel – UAE agreement has also been greeted with warm reception and felicitation by a number of countries including India, Egypt, Oman, Bahrain and Jordan.

It goes without saying that this agreement brings renewed hope that other Arab states would follow suit in no distance time in embracing peaceful coexistence and recognizing Israel’s right to exist.

Crown Prince of Abu Dhabi, Sheikh Mohammed bin Zayed has also written his name forever in history for the boldness and courage to rise to the occasion at a time the Middle-East so direly needed a progressive thinker to chart a new course. Posterity, reputation and integrity shall never forget the Prince in dictionaries of uncommon global personality achievements.

The Prince is commended and encouraged for recognizing Jerusalem as the capital of Israel, strengthening ties with both Israel and the United States, and standing firm on the great pinnacle of truth as against the mighty foundations of historic falsehood, against the sovereign state of Israel.

The Israeli PM, Netanyahu has again demonstrated to his critics for the umpteenth time that he is indeed a man that has the interest of his nation at heart. It’s glaring that the protests and calls for his resignation are the handiwork of unscrupulous elements who hate Israel and not a reflection of public opinion.

The U.A.E partnership with America and Israel is expected to bring collective action towards developing a globally acceptable vaccine for Covid-19, advancing and strengthening trade, politics and diplomacy, and championing general course for peace and mutual coexistence amongst Middle-East countries.

U.A.E, Crown-Prince Sheikh Mohammed, people of goodwill commend and encourage you and shall forever be happy with you.

Ride on! The Mighty Prince.