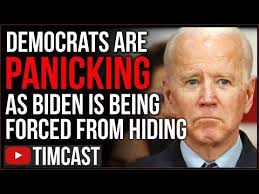 Debates precede US presidential elections in order to afford Americans firsthand opportunity to view and assess their aspirants before casting their ballot on election day. It negates the purpose for elections to commence before the debates. The current calendar for the run-up to U.S. elections clearly show the Presidential debates would take place Sept. 29, Oct. 15 and Oct. 22; meaning most American cities would have sent out ballots or in fact commenced voting even before the debates. This begs the question on the real essence of having debates. Of what use is it (debates) if elections are held before debates?

Historically, debates underline the concept of popular participation and citizens’ right to elect their President. Taking such away will amount to huge injustice and setback to U.S. democratic process which is renowned as the cradle of democracy all over the world. The onus is therefore on electoral umpires in U.S to ensure this aspect of citizens’ right is adequately protected. You simply can’t put nothing on something. Americans deserve the right to hear from their Presidential prospects as custom demands before elections.

It’s important the Biden campaign desist from attempts to truncate this cardinal aspect of U.S. democracy. At least one presidential debate should hold before North Carolina begins sending out absentee ballots on September 4th as the case may be.

Biden’s delay in selecting a running mate is also harmful to U.S. democracy. By now, it’s expected that Americans should know who the candidates for their elections are for purposes of public scrutiny. What is Biden hiding? Why does he not want to face the press? It’s imperative that he names his running mate to afford Americans sufficient time to scrutinize before elections proper. The Democrats must stop the hide and seek game. Americans can’t afford to elect a criminal and enemy of state not even as Vice President. The intentional ploy and delay in announcing a VP candidate under the guise of pandemic must stop.

Biden should come out and face the press and answer some serious questions concerning his activities in Ukraine, the unmasking of Gen. Flynn and his cognitive ability.

The idea of letting his wife Jill do the talking while he sits in his basement is gross and should be rejected by all Americans. It isn’t Jill who is running for president; so Joe should come out and talk to Americans to debunk fears that he is scared of making inordinate remarks that may ruin his campaign.

It isn’t enough for him to sit in his basement, attack journalists with unprintable names; calling them “junkies” for rightly questioning his cognitive ability. He must come out and prove Americans wrong. Joe must talk not Jill. Take the test Joe.