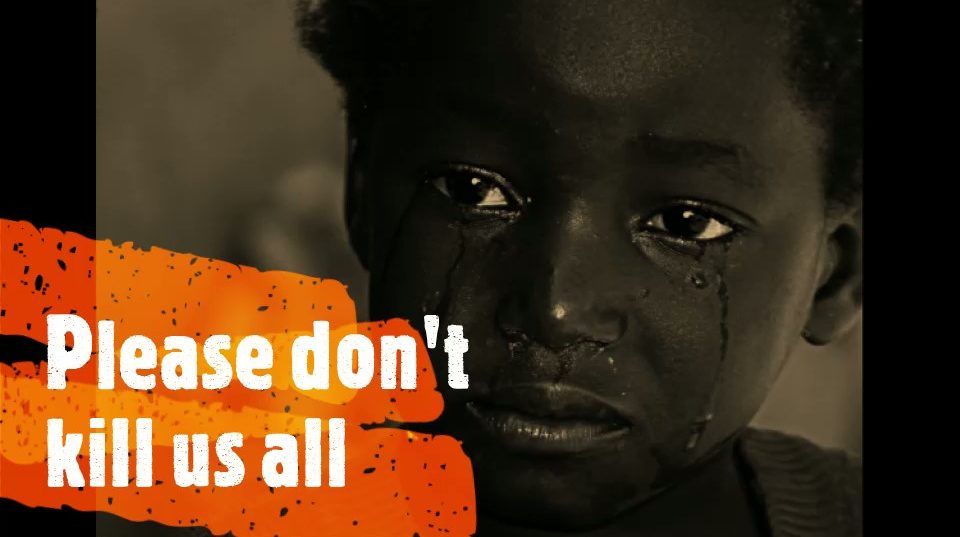 Over 0.2 million Christians are believed to have been killed in Nigeria’s southern kaduna from May 2015 to June, 2020; yet no single perpetrator has been brought to book

More worrisome is the lackadaisical attitude of international entities like Amnesty International, United Nations, Human Rights Watch, governments of G-7 nations and other allied economic powers including Nigeria’s trading partners to respond to these distress calls.

The mainstream media are not left out. They seem to have consciously decided to maintain the silence in collaboration with international organizations, while these dastardly killings continue unabated in southern Kaduna, Nigeria (a supposed secular enclave).

The presence of the international community in Nigeria is much overwhelming when you consider foundations, agencies, institutions and missions, including envoys in Nigeria – Bill & Melinda Gates Foundation, Red Cross Society, Ripples Foundation, WHO, United States, United Kingdom, France, Russia, China, India, Malaysia and lots more. Yet; rather surprisingly, another pogrom is ongoing in Nigeria similar to the Nigeria-Biafra war of 1967 – 1970 where millions of Igbos of the defunct Biafra, were massacred as United Kingdom provided both military weapons and tactical assists to the Nigeria government.

Hence, questions that beg for answers include but not limited to – is the presence of international community in Nigeria a blessing or curse? And does it imply that the world despite advancement in technology and information dissemination is blind to see the atrocities in Nigeria?

Possibly, one can infer that doing business with the Nigerian government that has fomented mass killing of its citizens is the utmost interest of the West, and of course the People’s Republic of China, who now parades itself as the economic gladiator in Africa.

…YOUR SILENCE TECHNICALLY MAKES YOU AN ACCOMPLICE IN THE CRIME

Kaduna State is geographically considered part of North West Nigeria alongside Jigawa, Kano and Kastina States. The predominantly Christian state, Kaduna has turned out to be the blood field as Christians get slaughtered daily by Fulanis without any provocation.

Unfortunately, the government of the day under Mallam El-Rufai strategically support and sponsor this pogrom without any condemnation or solution from the Federal Government of Nigeria under President Buhari, a close ally of the former.

From May 2015 until June, 2020, more than 0.2 million ethnic Kaduna from the south has been killed, yet no single perpetrator has been brought to book. Justice has eluded the innocent.

Usually, religious leaders and custodians are untouchables considering that we often take them to symbolize moral institutions, preachers of peace and unity, mediators between the oppressor and the oppressed – but this is no more in Kaduna and beyond, as clergymen are now the principal targets of the Fulani-Hausa killers. Can the Vatican claim ignorant of such development? Will it be a surprise if the Archbishop of Canterbury is in the know, just as UK is the seat of Lords, Dukes and Duchesses who are all Christians? While interviewing Martina Sarki, an 80-year old victim of the Kaduna killings; Nigeria’s Punch Newspaper reported that the victim’s daughter-in-law who was nursing a 5-day old baby was shot dead in her presence (7th June, 2020) when Fulani herdsmen invaded her home at Gonan-Rogo.

In the wake of all these, is it not time we question the true essence of International Criminal Court (ICC) at Hague? Somehow ICC is meant to be a distraction that makes the West appear champions of justice and human right vanguards when in the true sense, our lives do not matter to them. Outside the fact that ICC seem to judge African offenders only, yet it is absurd that they calmly watch the crime go unabated until much deaths are recorded. Is it in the actual sense a disguise to depopulate Africa? It took 26 years before the arrest of Felicien Kabuga by French police. This is a man that sponsored 1994 genocide against Tutsi ethnic group in Rwanda. He funded the massacre of over 800,000 Tutsis and even moderate Hutus in a killing-spree in the east African nation since 1994 (NBC News, 16th May, 2020). Pertinent question could be, how did he finance the genocide from abroad, yet the West did not block the transactions and military supplies? Could it be that Europe was benefitting from the arms deals at that time? Similar massacre is ongoing in Nigeria, this time it is ethno-religious, and none can claim ignorant of the role of sponsors just as in the case of Tutsi genocide. It is possible Europe, Arab nations, and China, including Nigerian government are benefitting from the present arms deal with Fulani herdsmen that are killing indiscriminately across Nigeria.

OUTSIDE THE FACT THAT ICC SEEM TO JUDGE AFRICAN OFFENDERS ONLY, YET IT IS ABSURD THAT THEY CALMLY WATCH THE CRIME GO UNABATED UNTIL MUCH DEATHS ARE RECORDED. IS IT IN THE ACTUAL SENSE A DISGUISE TO DEPOPULATE AFRICA? IT TOOK 26 YEARS BEFORE THE ARREST OF FELICIEN KABUGA BY FRENCH POLICE

Christians in south Kaduna are very helpless because Nigeria army, police and all the security structures in Nigeria are not doing anything to protect them. The State Governor, Mallam El-Rufai has repeatedly maintained absolute calm in the face of the killings, yet Nigeria Defence Academy is situated in Kaduna, same is Nigeria Military School, and Nigeria Army Corps of Military Police. During the latest killing, a military helicopter first hovered over the community 10 minutes prior to the Fulani invasion. So how can one exonerate the military from a conspiracy with the killers? It is a surprise that companies like Peugeot (the Nigerian franchise) in Kaduna is mute over these killings including its parent company in France. Bill and Melinda Gates Foundation and many Non-Governmental Organisations in Nigeria provide funds for numerous projects in Nigeria, but find it convenient to operate in an environment where their silence technically aids and abet crime in the region. The killings are so much selectively orchestrated that it is obvious that the onslaught is meant to terminate every Christian life in south Kaduna, Nigeria.

The rhetoric therefore is if international entities would repent and act to salvage what is left of Christians in Nigeria’s southern Kaduna or would they sit and watch the jihadists complete the genocide? Now is the time. Decide, #AllBlackLivesMatter #AllLivesMatter