TERRORISM IN NIGERIA – A CASE OF INCOMPETENCE 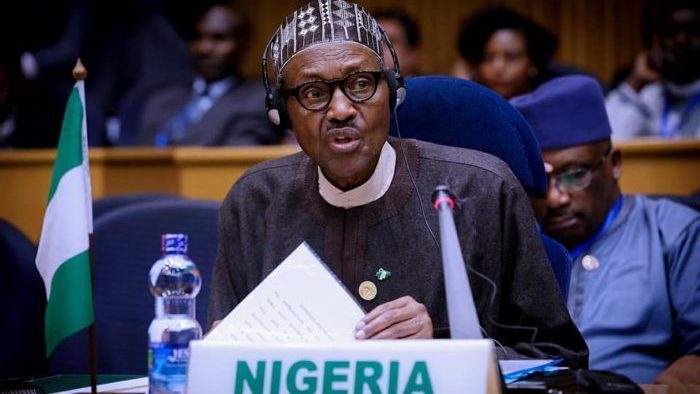 “God will judge them” were the startling remarks of Nigeria’s President Muhammadu Buhari, in reaction to the triple suicide bombing attack on Sunday 16th June, 2019 at a viewing centre in Konduga, Borno State, North-Eastern #Nigeria which left over 30 persons dead and another 40, injured.

President Buhari, a devout Muslim currently in his second tenure as President, has been heavily criticized with hundreds of petitions filed against the former military head of state, at the International Court of Justice (ICJ) and the United Nations, UN for a laissez-faire attitude towards the escalating Christian genocide in Nigeria and his controversial role in aiding and abetting the rise of Islamic supremacist ideology to the forefront of Nigeria’s power hierarchy, despite Nigeria’s secular status, as evidenced in the current heavily Islamized Nigerian parliament, her judiciary, her ministries and other federal government parastatals. These allegations are further buttressed by the effrontery with which Islamic extremist terror group, Boko Haram and Fulani Terrorist Herdsmen – the second and fourth deadliest terrorist groups in the world respectively- advance their sinister course with surprisingly less than appropriate resistance from the fifth most powerful military on the continent.

Presently, 21 out of her 36 states have been blacklisted as dangerous and deadly to visit by the United Kingdom, which shamelessly enjoys the company of controversial PMB, who presently holds the record of the highest unofficial tourism visits to the English nation, and with over 40% of foreign investments on the brink of exit, there hangs quite a gloomy shadow on the nation’s future.

Sadly, not much has been done by the Christian Association of Nigeria (CAN), the UN or even the Pope, generally believed to be the head of the religious group, to mount pressure on the country’s government and address the Christian persecution issue. The reactionary trend among many influential Christian leaders is only but a scant cacophony of mere verbal remarks, ephemeral in nature and deficient of requisite action.

Not surprisingly, some international analysts posit Nigeria as a nation incubating the birth of World War Three! While this is well beyond the range of possibilities in the foreseeable future, A clueless, corrupt and tyrannical government; oppressed citizens; unbridled terrorists and a collapsing security and defense system are clearly some of the basic ingredients sufficient to invoke such predicament, and Nigeria currently has them all in abundance in addition to her abundant natural resources.

HE IS OFTEN HAILED FOR PICKING HIS TEETH HIMSELF: MEET NIGERIA’S “HUMBLE” PRESIDENT – THE HYPOCRITE-IN-CHIEF
civilrights August 13, 2019