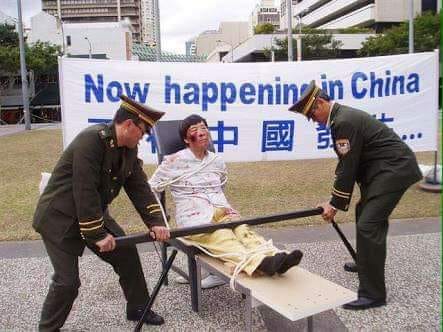 The thought of the holocaust propelled by Adolf Hitler still sends reverberating shock across spines of many when they recall the genocidal attacks and the killing of over 6 million innocent Jews in Germany.

Consequently and rightly so, various nations all over the world now have a common resolve to uphold peace and help combat any acts of Genocide, Terrorism or Violence.

However, the world has kept mute on the actions of China in the crackdown on the activities of #Christians in their country by detaining, persecuting and killing its members reminiscent of “The Holocaust” between 1941 – 1945 in Germany.

In December 2018, a prominent Chinese Pastor, Wang Yi and his wife Jiang Rong were among the 100 Christians detained for normal religious practices with a fallacious allegation by the government that they were “inciting subversion of state power”.
https://world.wng.org/…/chinese_pastor_under_criminal_deten…

The fact remains that China is fully enacting gross abuse and violation of human rights, freedom of worship and consequently fostering acts of genocide, having abruptly moved from burning of Bibles, destroying churches to publicly flogging, maiming and killing members of the Christian communities and minority monks. Christians and ethnic minorities are living a “nightmare” in China under China President Xi Jinping , as stated in a congressional commission report released on October 10, 2018. Jinping’s unmerciful program to “sinicize” religion into a government-controlled framework, marginalize ethnic minorities including Uyghur Muslims, and redefine human rights intensified in 2018, is making life a nightmare for civilians (2018 Annual Report, Congressional-Executive Commission on China) .

Overwhelming facts reveal that China is gradually degrading into a state of anarchy if this sinister policy is not put to check. This is a wakeup call for swift actions to be taken on this alarming situation. The United Nations, European Union, Archbishop of Canterbury, Pope Francis, Christian leaders, and every Human Rights activist should speak and act against China’s obscene clamp down, murder of Christians and ethnic minorities in the name of “domesticating practice”.

If the Chinese are free to take their culture, lifestyle and native religion everywhere they operate in the world without restrictions, why then the adverse treatment meted out to Christians within their fold who are fellow countrymen? The beastly disposition of President Xi Jinping should be caged before the virus becomes pandemic across Asia. Diplomatic sanctions should be placed on China, with her president banned from travelling to other peace loving nations.

It is worthy of mention that the World Health Organization and Standard Organizations have not done enough in clamping down on China’s trademark practice of proliferating the world with fake and substandard consumable and non-consumable goods such as fake rice, corned-beef, Tyres, electronic appliances etc. resulting in ailing health and consequent deaths across the world.

China is therefore urged to:
Stop the Killing of Christians;
Stop the abuse and violation of Human Rights and know that
Every individual has freedom of worship.

Previous Article
Disturbing News from Nigeria As U.S CIA Warns of Massive Invasion Of Aliens From Chad, Niger, Cameroon And Sudan For Electoral Malpractices
Next Article
DISGRACEFUL NIGERIAN GOVERNOR, EL RUFAI YET TO APOLOGIZE OVER DEATH THREATS COMMENTS TO FOREIGNERS 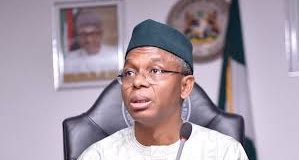