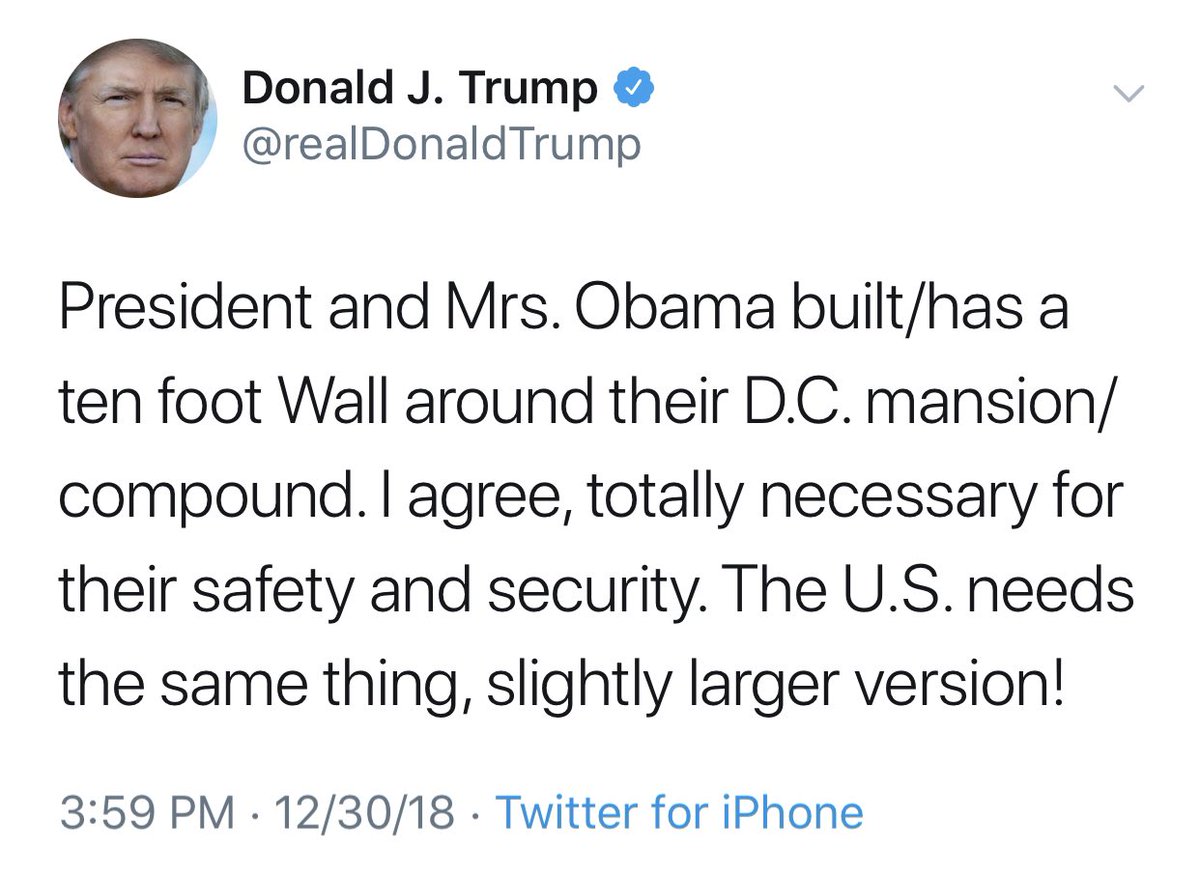 Much ado about the Dems. Still into 2019 and the witch-hunt continues. From becoming a clog in the wheel of America’s progress, to advancing the course to frustrate the efforts of America’s present leadership, the democrats keep reaching new low. They have no clue as to how best to tackle America’s border crisis and would rather wallow in cluelessness than support a brilliant idea because it is not theirs. With a wall around their houses and elaborate security systems at their places of abode, they deny less fortunate Americans a chance to have same and thus come off as a selfish, myopic, hypocritical and apathetic party. Their new found romance with diabolism as a petty counteraction to Trump’s strong Christianity beliefs further fuels dismay, disdain and grovelling unpopularity .
Democrats need in 2019, to put America first and stop wasting time in dirt-sniffing Trump.

President Donald J. Trump means well for the Americans, even though some may not have the eyes to perceive it so for now, while some who are aware of his good works simply kick against him because their selfish interests (politically, religiously or otherwise) are at risk! Very poor attitude.